Click on the image to listen the artist’s work. Get InSound. 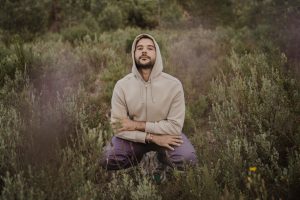 Francesco is a music producer, composer, session musician and keyboards player with over 10 years of experience in stages all over the world. He’s the men behind some of the major pop music hits in Portugal, as producer and co-producer of records and songs that play on the radio, on television and on the big screen.

As a music director, he won Best Live Performance at Iberian Festival Awards in 2016 and Best National Act in 2017 at Nova Era Awards, both thanks to his career with D.A.M.A.

In 2020, as nāga, he launched his first EP “Call Me When You Get To The Moon”, with low-fi, jazzy and dreamy pop vibes.

In addition to his work as a music producer, he’s the co-founder and curator of InSound studios and co-founder of follow the frequencies, a holistic business company that works with the power of sound, frequencies and plants.

You can find out more about which cookies we are using or switch them off in settings.

This website uses cookies so that we can provide you with the best user experience possible. Cookie information is stored in your browser and performs functions such as recognising you when you return to our website and helping our team to understand which sections of the website you find most interesting and useful.

Strictly Necessary Cookie should be enabled at all times so that we can save your preferences for cookie settings.

This website uses Google Analytics to collect anonymous information such as the number of visitors to the site, and the most popular pages.